I’m feeling a little art history today. So, I thought I’d go over some abstract art stuff. When I was in art college, all too often I’ve heard people ask me what the meaning is behind abstract art.

Phrases such as, “I could paint that” or worse yet, “My 5-year-old could paint that” are deemed ignorant to the art community. And despite being an artist myself and having been provided the tools to understand abstract art, I don’t know which side I’m on.

I love it and think the world needs it. But I also absolutely hate it as well.

I appreciate the concepts and its visual interest, but I absolutely despise the unimaginable price tags that go along with some of these paintings.

Here are 10 very expensive masterpieces that you would never be able to afford but you could probably copy on a weekend and hang up in your living room. 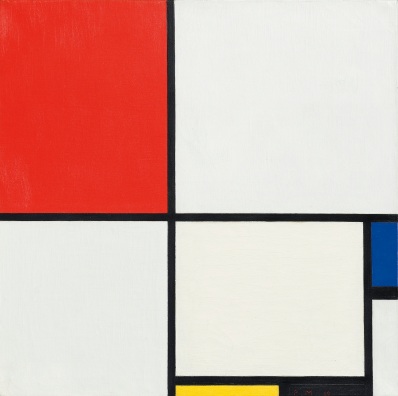 First on the list is this colorful piece that will add play and cheer to your living room. To master the Mondrian, you will need a lot of painter’s tape. The primary colors of red, blue and yellow (if you have forgotten) are structured carefully in jail-like cells and serves as a commentary on Mondrian’s view of society. Which could mean segregation of different classes and perhaps even a commentary on the segregation of race, which would explain all the white in the painting. I would say give it 3 hours tops. My art history teacher would reject that I was ever his student if he came across this article. He was completely in love with this painting and what it represents. Okay, I get it, Onement is such a cool concept – the one painting to rule them all. But in my opinion, it is kind of ironic that you name a painting Onement and you make six of them. The hardest foreseeable part in recreating this painting to me is getting line really straight from the top to the bottom on the canvas, which is supposed to represent a zipper by the way, go figure. 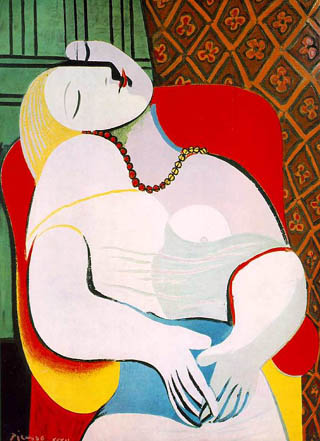 Ah, now we’re getting serious. Pablo Picasso, one of the most revered artist geniuses of our time. La Rêve was once part of casino mogul Steve Wynn’s private collection and he had agreed to sell it to Steven Cohen. Whilst showing it off, he accidentally drove his elbow through it, damaging the painting. After the painting was repaired for $90,000, and following a series of undisclosed private meetings, Wynn sold the painting to Cohen as planned. Even after being damaged and repaired, Le Rêve is reportedly the most expensive Picasso painting ever sold at 139-million dollars. You will need to take your time in recreating your own copy of this. But imagine how worth it will be when you tell your friends the interesting story behind it and show off your knowledge of the arts. 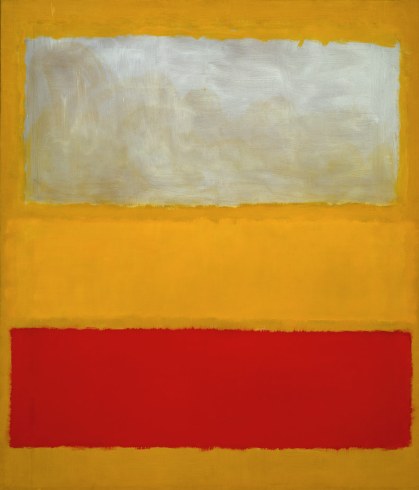 Mark Rothko is famous for painting imperfect rectangles. Obtaining that right amount of dry brushing will prove to be the difficult in copying this painting. The peaceful, harmonic colors of Rothko’s work would definitely add visual interest to your living room or bedroom, and it would be worth the 1 to 2 hours you spend on it. Once you have mastered dry brushing No.17, you may advance your skills and try your hand at copying Orange, Red, Yellow (valued at 86-million dollars). 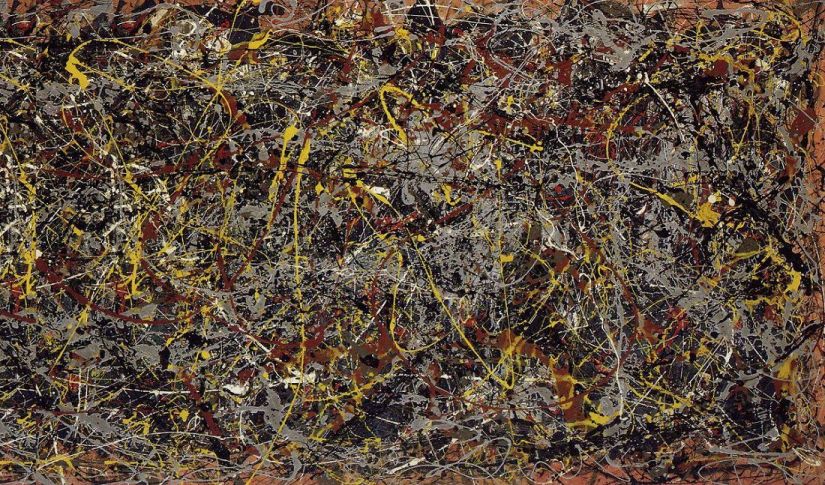 Whenever I saw movies of this guy paint in art school, I got the shivers. But then again, seeing someone frantically splashing and dribbling paint everywhere like a madmen would do that to just about anyone. Also, his name Jackson Pollock sounds like a character from a horror story – e.g. Jack-the-Ripper, Mad Max and Jackson Pollock. All jokes aside, his paintings would be tricky to copy as it would be most likely impossible to get paint to drip the same way. 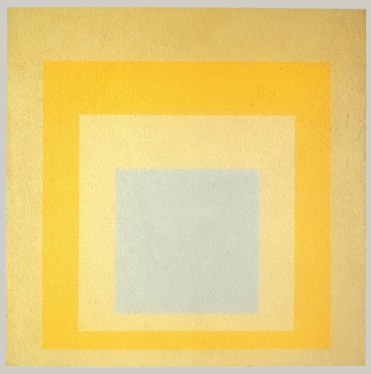 I really like the title White Nimbus. Albers does a whole bunch of these. He must really like squares; you could even say that he is obsessed. Maybe he was teased for being a square a little too much that he decided he would play a horrible joke on the world about it by creating these paintings one after another of squares within squares, within squares. Only, it wasn’t a joke and his paintings are worth a lot more than my life insurance would ever pay out if I were to die. Okay, I lied, I don’t have life insurance because it costs too much, but if I did (!) they wouldn’t pay that much for my life because apparently my life is worth less than this painting of squares. Wow, what a realization. 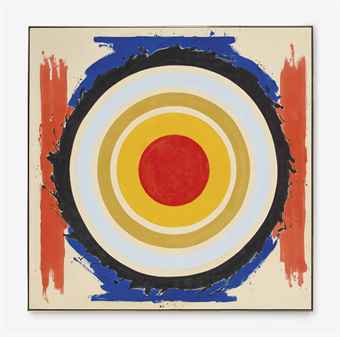 Here’s a painting of circles, worth $2.1-million dollars. *facepalm* 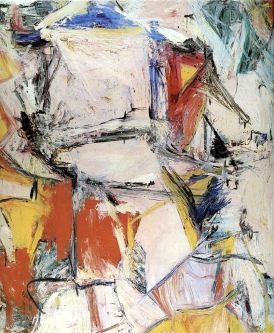 It would be a crime to leave this painting out of the list. Ladies and gentlemen, let me introduce the most expensive painting ever sold to date. At 300-million (yes, you read that right), Dutch painter William de Kooning’s Interchange was sold to hedge fund manager Ken Griffith in September 2015. De Kooning’s work is highly revered in the art world for the ideology and commentary behind it, which I can honestly say after years of art history classes – I think it’s something about movement and lots of feeling. It will be tricky to get the smudged oil painterly look on this one, so I suggest using crayons and a hairdryer. Just get creative with it. I’m sure de Kooning’s expressive spirit will be pleased.

I like this one. It reminds me of Pink Flloyd’s album cover from The Dark Side of The Moon for some reason. Circles, squares and a badass title – what more could you want from an abstract expressionist? Russian artist Kandinsky was a spiritual man, with a philosopher’s heart. As a result, he thought a lot about colors and shapes and what they meant. Pyramids meant the spirituality of man, and yellow is a terrestrial color. If you have the time to read up on it, some of his ideology behind it, is pretty interesting. 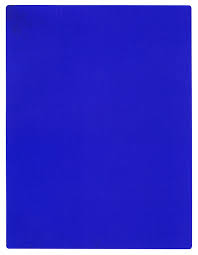 If all else fails, and you really can’t draw a straight line to save your life and you are really just that artistically challenged, do what Yves Klein did. Just paint the whole darn thing blue, and don’t even bother giving it a title. Honestly, the title Untitled Blue Monochrome is really just synonymous with Blue Blob. He must have really wanted to show that he didn’t care – must be a French minimalist thing.

Oh gosh, it’s already September! 4 months has passed since I first arrived on this beautiful island.

My fiancé arrives next week and I’m very excited to see him. He told me it feels like forever since he has seen me. Whereas I feel like it was just a month that has passed since I saw him. I miss him but it doesn’t feel that long in my mind.

And so I reflected on my time here. So much has happened. I’ve met so many great people and had lots of amazing experiences. But why does it seem like such a short time?

Here on the island, I’ve been in this strange state where time seems to stand still. I feel like I’ve been suspended in time and I could stay here forever. Like some sort of trans-state or hypnosis. It’s an amazing feeling. I wake up feeling great everyday and happy to go about my day. Sometimes I forget what day it is. And sometimes I forget what time it is.

After teaching morning yoga I have so much spare time, yet I never once felt bored. I spent my days learning Thai, reading, practising yoga, and riding my bicycle/scooter to explore the island. In this constant state of exploration, I feel like the pages of my life story have just been a constant page turner. You know the kind of good book you can’t put down so you stay up reading it till 3 AM. I think right now, this is my life. Only there my story is pretty anti-climatic. It’s probably a lot like The Old Man and The Sea – some people love it, some people hate it.

Recently during my explorations, I wanted to look for interesting places to take my fiancé to when he arrived. I found an artsy boutique hotel where I fell in love with. It was that kind of vibe that I was drawn to. It beautiful handmade decorations from paper flowers and stars to large painted canvases. It conjured beautiful emotion.

As soon as I saw him, I knew immediately that he was the owner and the artist. I knew we could be friends. Initially, I asked just about the rooms, not wanting to impose. Then, I cycled home.

All the way home and the next day, I was washed over with the feeling of longing. I missed painting. I went to Art School and I miss the days where I and fellow students alike stayed up all night to finish projects. I missed creating.

That place brought back my desire to create. And so the next day, I went back to visit him. I asked him if I could buy canvas and paint from him. My Thai was as good as his English, but we understood each other. He understood I was an artist too. I interpreted his expression and his few words as, “Every artist needs to create, we will find you something.” And so he led me to his small studio, where he was painting a girl, who I found out later was his girlfriend.

After a little bit of shuffling, he sent me off happily with an old watercolour set, brushes, and paper. I grew up painting with watercolours but I quickly switched to acrylics like many artist do to the convenience of fast drying times and its adaptability to mistakes.  With watercolours, you needed to paint in “layers” and can be somewhat technical at times. There are ways “to erase” mistakes, but it’s better if you don’t make them at all.

The last time I used watercolours was probably when I was 18, almost ten years ago. So I decided to paint Koya (again) to get my feel for it back again. 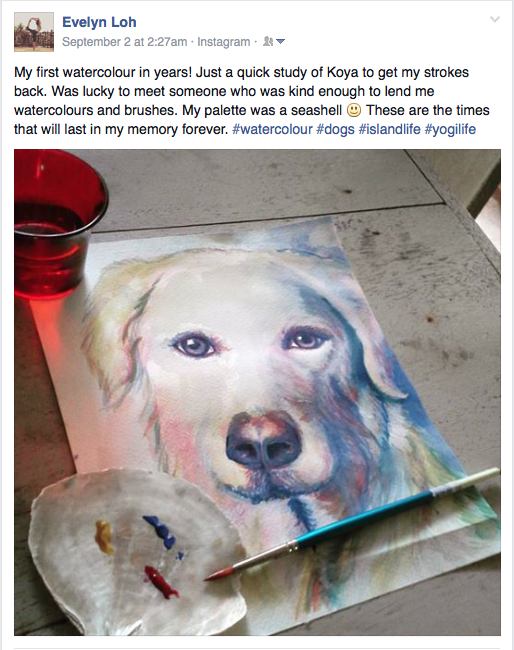 Turned out alright! 65 likes on Facebook! Which is a lot of likes for a person like me, who only gets 5 likes on any given post…and that’s if I’m lucky. Which makes me wonder do people like this post because it’s a good painting or because it has a cute dog on it? Maybe a little bit of both?

Whatever it is, I’ll just keep doing what I love and let days like these be imprinted into my mind. One thing is for sure, if and when I have grandkids, I’ll never run out of stories to tell them. 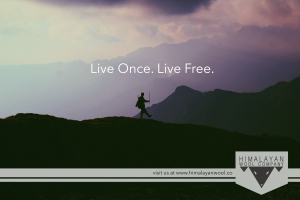