They’re called Coatis! Did you get it right? Don’t be too upset if you didn’t, before I knew what they were called, I called them the Chupacabras.

As a diehard animal lover, I know lots of strange animal facts. I know a rabbit isn’t a rodent (contrary to popular belief), a mousedeer isn’t a mouse or a deer, and I can spell tarsier and platypus correctly. And yet my first trip to Mexico, I was blown away by these creatures!

It was the first time I’ve ever seen or heard of this animal and to see a creature in real life that you’ve never seen in photos is a great feeling unlike any other. It was like when I saw my first platypus in Australia when I was 4 years old – completely mind blown. My fiancé thought I was crazy, but what does he know? He gets excited over cell phone cases.

Anyway, aren’t they adorable? They are part of the raccoon family and can be kept as pets. If a red panda and a ring-tailed lemur had a baby, it would look something like a coati. 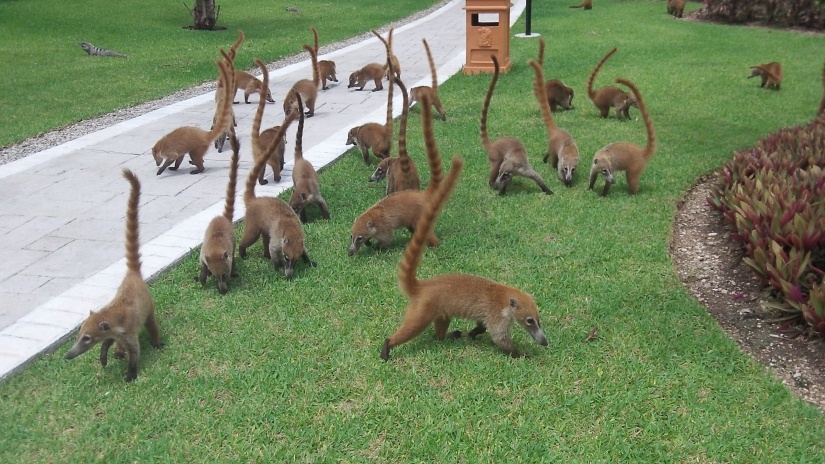 2 thoughts on “Hey animal lovers, what creatures are these?”